Boxty is a traditional Irish potato-based dish, traditionally associated with Leitrim and the North west of Ireland. There are three main varieties of Boxty that vary based on their recipe and the cooking process used- Pan Boxty, Loaf Boxty and Boxty dumplings (also known as boiled boxty).

What is Pan Boxty?

Pan Boxty is typically a savoury potato-based pancake made using specially grated raw potato, flour and seasoning (among other additions depending on family recipe). Pan Boxty is cooked on a griddle style pan or hot plate to get the traditional golden brown colour pattern on both sides. It is then cooled and reheated or cooked later by the customer at home in a pan in a little butter or oil until crispy and golden. The flavour and texture develop in Pan Boxty when it is cooked the second time. As a result, the taste and texture of Pan Boxty is not comparable to any other potato-based dish, it is distinctively elevated due to its unique recipe and cooking process.

What are Boxty Dumplings?

Boxty dumplings (or boiled boxty) are perhaps the most unique of all the Boxty varieties. Boxty dumplings are made using both raw and cooked potato, the raw potato is first grated, and the moisture is then removed, then it is added to the cooked potato with some flour and seasoning, among other additions depending on family recipe. The dumplings are formed and cooked over simmering pots of water until set, commercial bakers will chill the dumplings and they are sold in one whole piece to be sliced and fried at home by the customer until golden and crispy on each side. They are the perfect accompaniment to any Irish breakfast, or indeed any brunch, dinner or supper/after-school snack.

What are slimmers Boxty Dumplings

What is Boxty Loaf?

Boxty loaf is made using similar ingredients to Pan Boxty and Boxty dumplings, however it is baked rather than fried or steamed/boiled. Boxty loaf is cooked until a golden crust forms and the dish takes on a unique and distinctive aroma and flavour. Boxty loaf, like pan boxty and boxty dumplings is made to be sliced at home and fried in some butter, oil or low-calorie cooking spray of your choice until golden and crispy on both sides. Boxty loaf is the perfect accompaniment to any meal due to its savoury potato flavours that lend it as the ultimate base for poached eggs, avocado or smoked fish. It is just as delicious served straight from the pan with just some butter on the side

Where did Boxty originate?

Boxty dates back to pre-famine times in Ireland and is traditionally associated with Counties Leitrim, Sligo, Mayo, Roscommon, Sligo and Cavan. Boxty was a valuable way of making the most out of the Irish diet of Potato and adding variety. Many believe Boxty to be a peasant dish, however there is considerable evidence to suggest it was a celebratory meal that brought joy to those who made it,so much so that it inspired bountiful rhymes, poetry, songs, stories and folklore and thus became a valued food of Irish culture. The popularity of Irish Boxty has now spread all across the world and is enjoyed by many far from where it was traditionally associated. McNiffe’s Boxty were the first producers to bring traditional Irish Boxty to the retail market in the 1980s, after building Ireland’s first ever Boxty bakery in the home of Boxty- Co Leitrim.

Is all Boxty the same?

Not all Boxty is created equally there are alot of variation between brands. McNiffes Boxty is made using a family recipe that has been handed down through generations and varies from all others in its unique taste. McNiffes use 100% Irish Potato and are made using traditional processes. McNiffe’s also use a recipe and innovative fat free process that allows the end-product to contain no added fat or sugar. McNiffe’s Boxty is naturally 100% plant based and vegan friendly, with no added colours or artificial flavours.

Where can I buy McNiffes Boxty

Is boxty free on slimming world?

Not all Boxty is made the same so always check on your slimming world app to ensure the producer is listed. Search on the Syn Calculator for McNiffes Boxty to get the latest syn Value.

How many Calories are in Pan Boxty

Calories will vary depending on the Boxty brand, McNiffe’s Pan Boxty has 139kcal per 100g and contains no added fat or sugar.

Can you buy Boxty Online

You can buy boxty on www.mcniffesbakery.com for home delivery anywhere in Ireland and Northern Ireland.

McNiffe’s Slimmer’s Boxty Dumpling is listed on the Slimming world app, to get the latest syn value search for McNiffes Boxty. 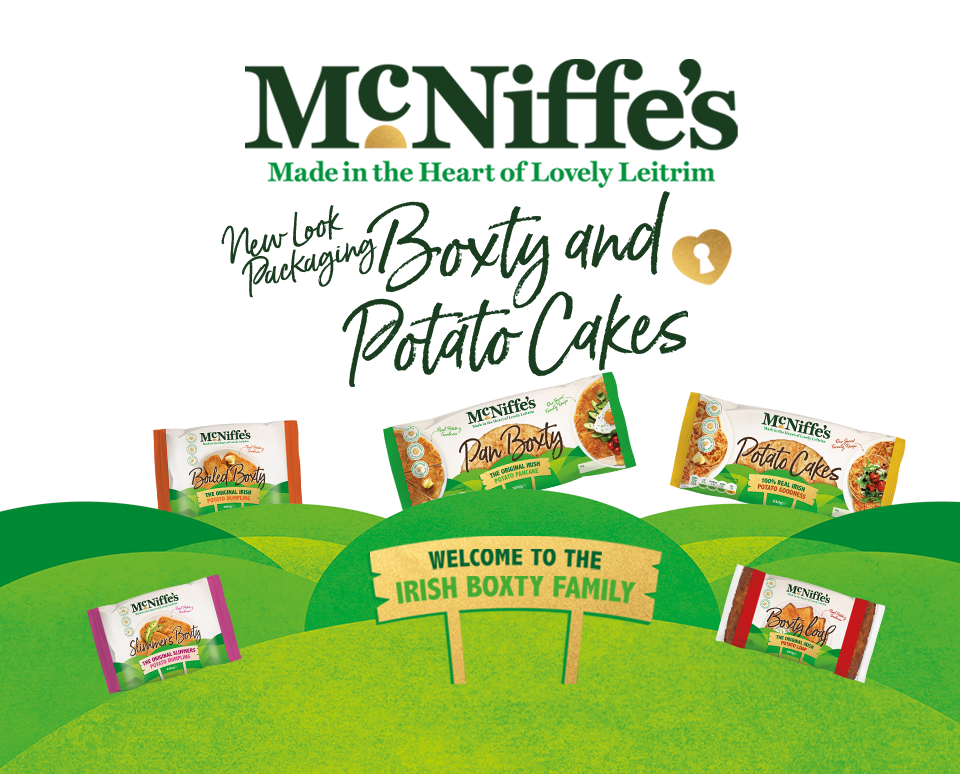 If you would to become a distributor please contact info@mcniffesbakery.com We are always expanding our distribution network and would love to speak with potential partners.