Crafting Irish Boxty since the 1980s

McNiffe’s Boxty have been crafting Irish Boxty since the early 80s and now 36 years later, we still proudly use the same original recipe. We have created a little history timeline of some of the events over the past 36 years…

We have grown our business; through Family and friendships and a mutual love of Irish high quality food, inspirational conversations around the dinner table and the respectful sharing of old traditions and welcoming of new ones. Take a journey through time and take a peek at different events that help define McNiffes Boxty and our true love of making Irish Boxty & potato cakes.

“We have come a long way since 1985, continually expanding and reinvesting in order to sustain our success. We believe that this success is driven by our loyal customers, which is why we strive for excellence through product quality, service, inovation and knowledge”

or get in touch with us with on our Contact Us page.

Where it all began 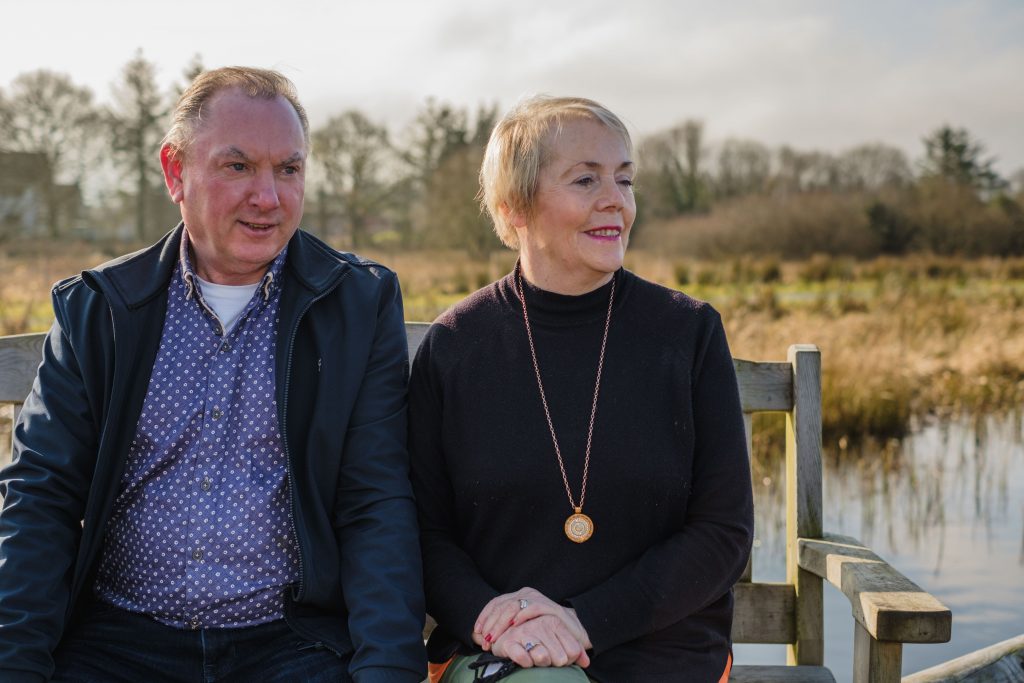 The Seed is sown

In the heart of lovely Leitrim, Micheal & Detta McNiffe, Husband and Wife team begin their Boxty journey when they make their family recipe Boxty for a local school fundraiser, a cake sale. To their surprise their Boxty sells faster than all the cakes and buns combined that day. They quickly start to realise that there is a gap in the market for delicious, home-made, original recipe, Irish Boxty that busy families can quickly serve at home. 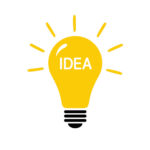 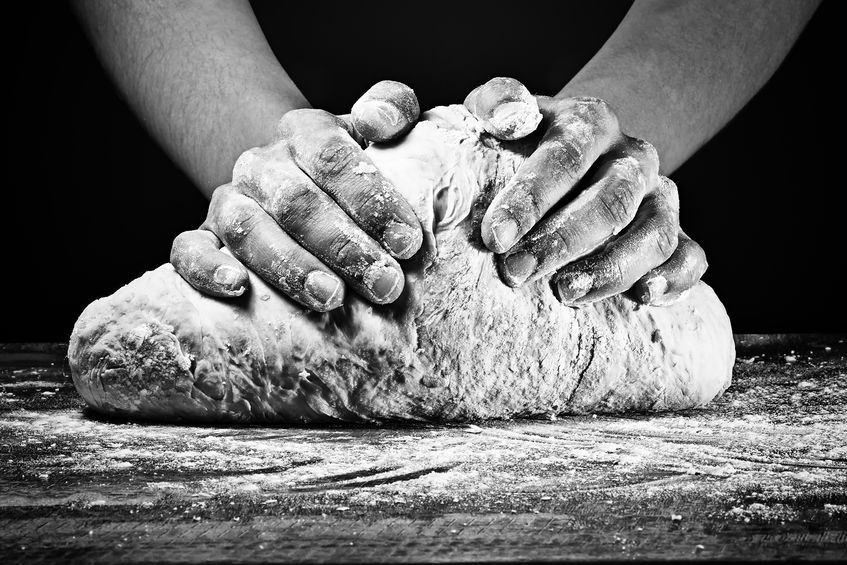 In the background, Detta and Micheal start to develop plans for their Boxty venture, interest is high amongst retailers and independent stores locally for a high-quality, original recipe Boxty that customers can reheat or cook at home, customer feedback proves what they knew in their hearts, that it tastes “delicious” and “exactly how Boxty should taste” and “reminds customers of home and loved ones”. 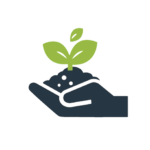 Detta & Micheal convert an old building at their home into the first Boxty bakery in Ireland, they begin making their delicious home-made Boxty in a dedicated space and start selling to local retailers. 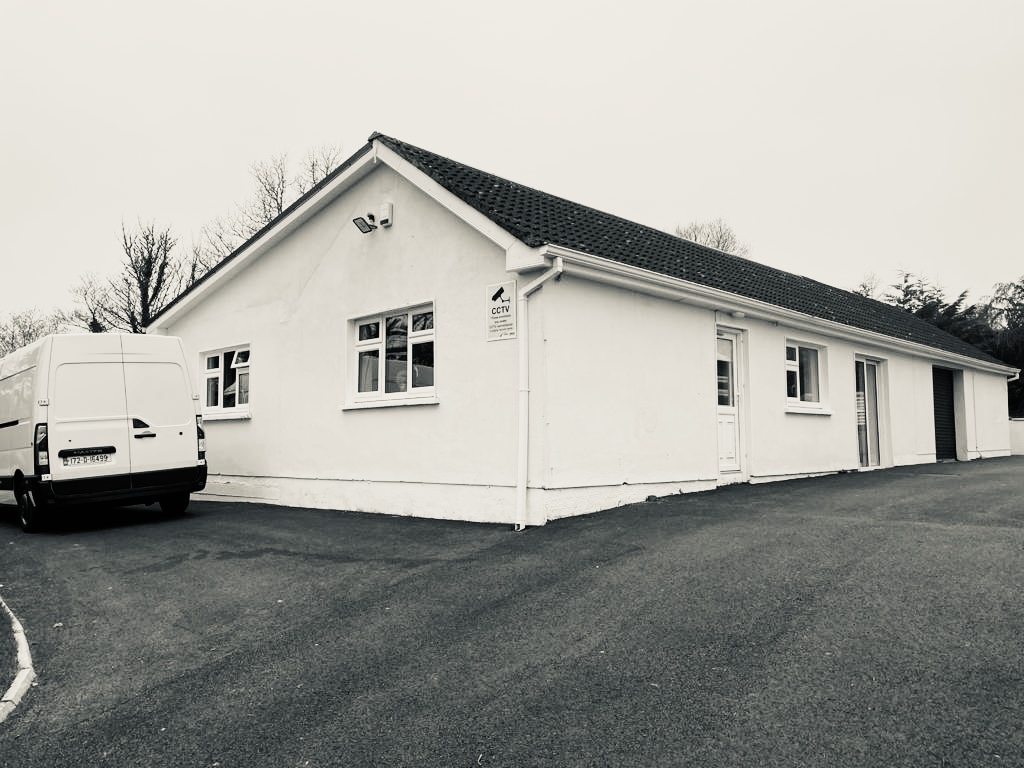 Popularity of McNiffe’s Boxty grows and it is time to expand the vision and build a new food production facility. McNiffes take on new retailers one by one throughout the North West of Ireland. 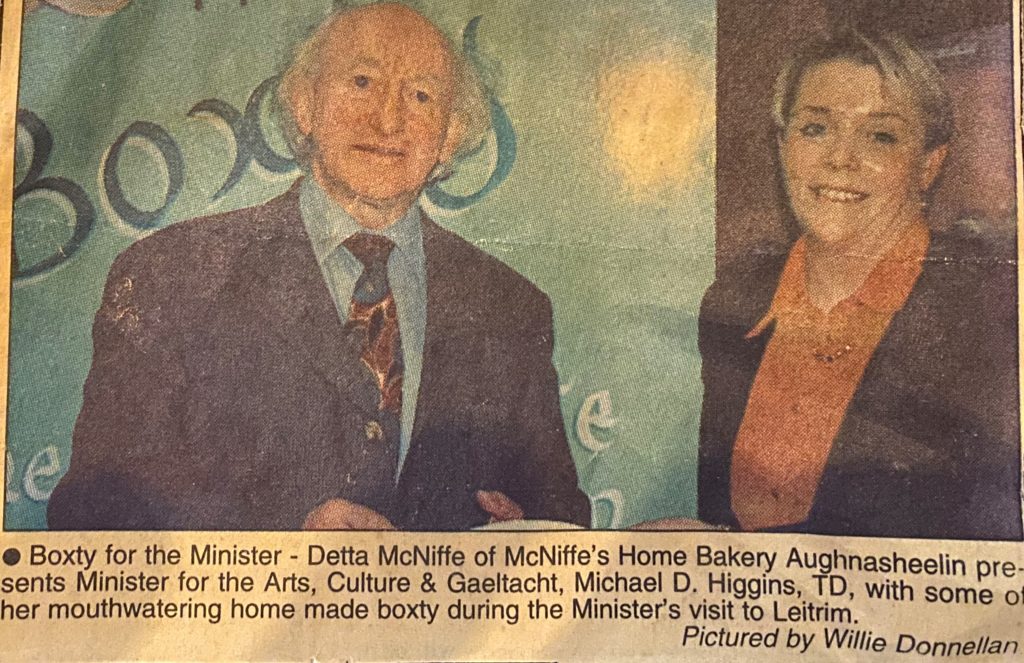 Boxty for the President

Detta gladly presents Michael D Higgins (then Minister for the Arts, Culture and Gaeltacht) with some of their delicious Boxty at the official opening of the Shannon-erne waterways. 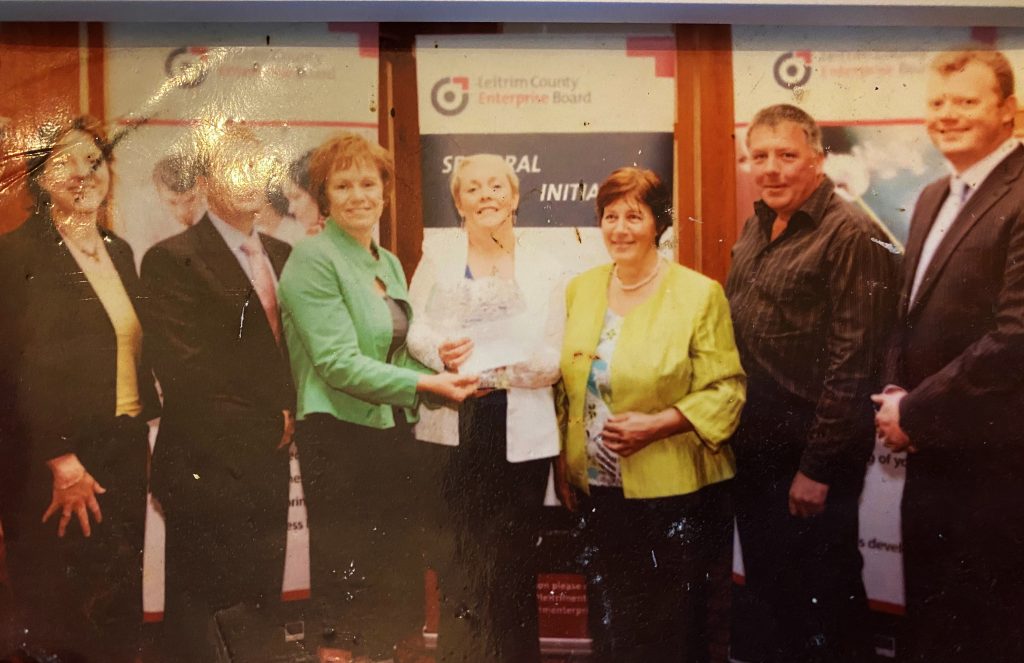 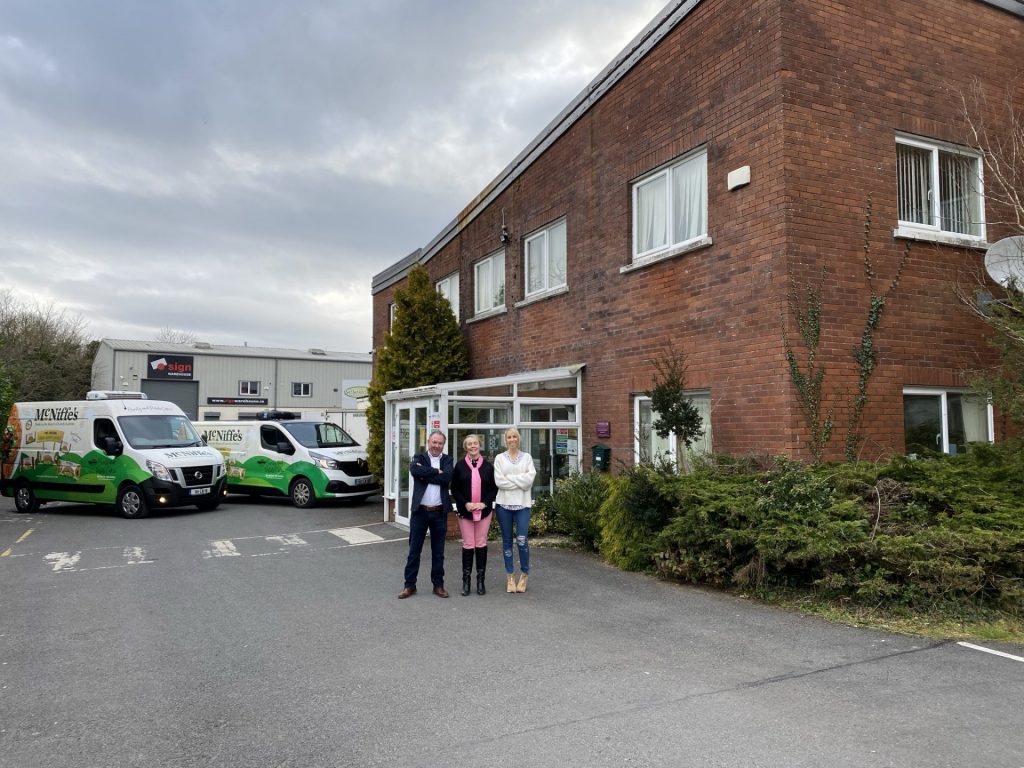 After several expansions to their home bakery, the time comes to set new roots in the Food Hub, Drumshanbo, a purpose-built food production facility. McNiffes set about expanding the business throughout Ireland. Their Daughter Aoife and her husband Darren join the business. 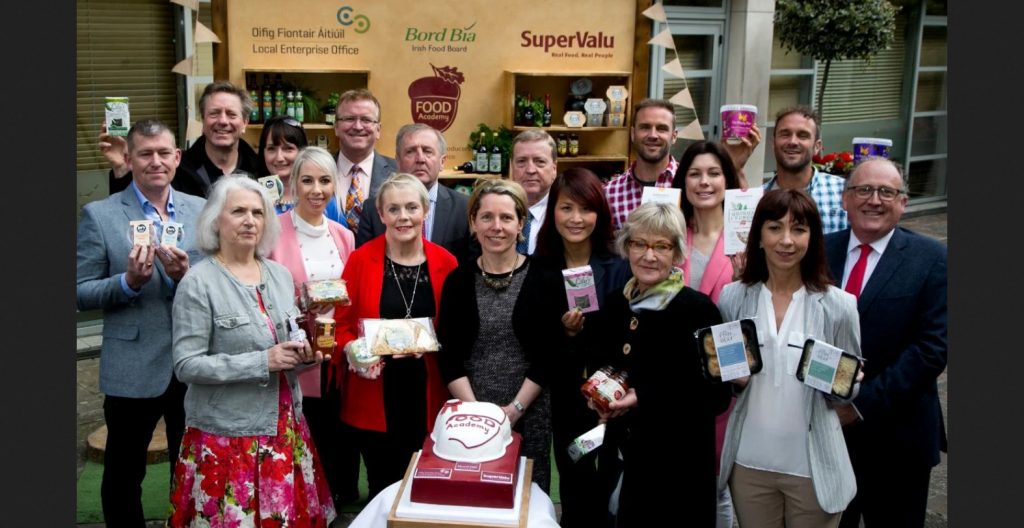 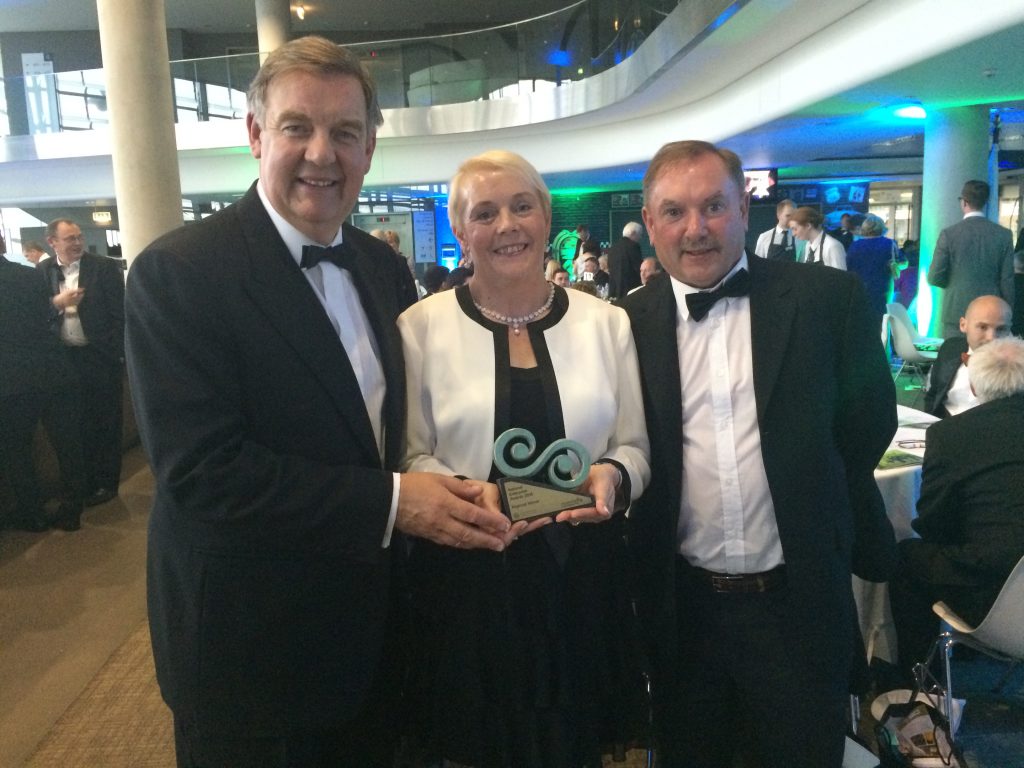 Exporting Boxty to the USA 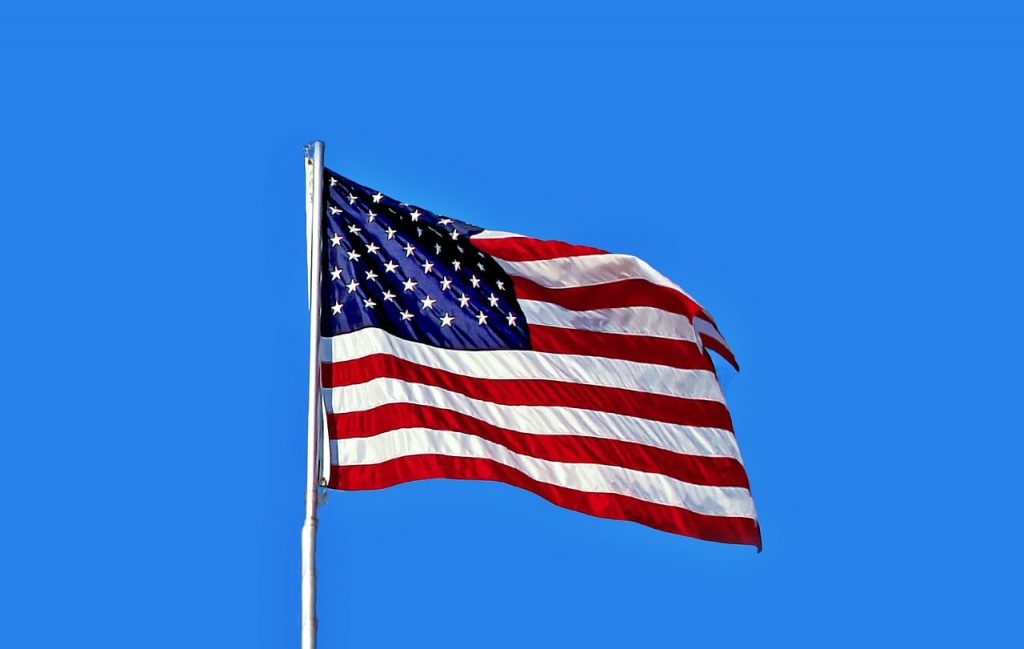 McNiffe’s set their sight on the US and begin exporting to bring their Irish customers in the United States a much sought after “taste of home”. 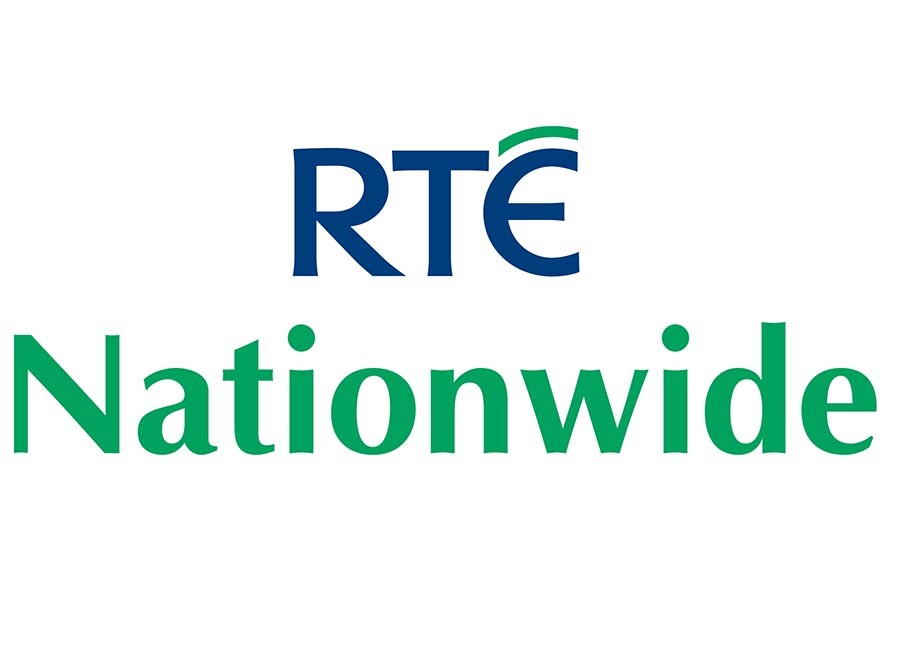 McNiffes were delighted to be featured on RTE’s Nationwide 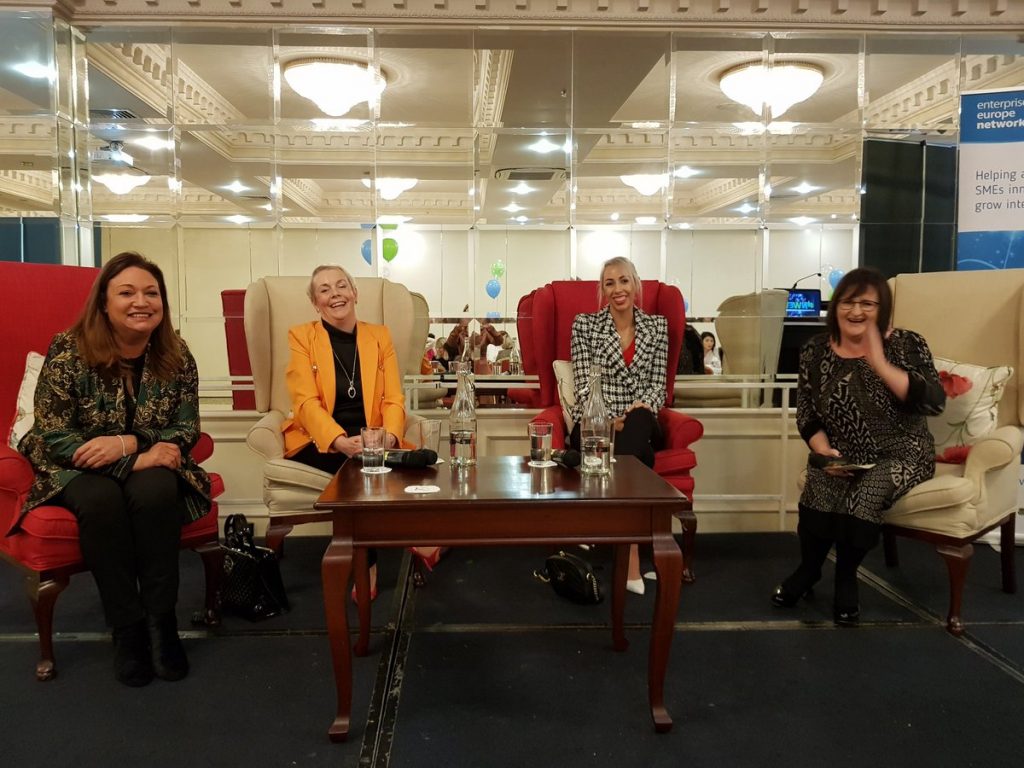 Detta & Aoife McNiffe along with Norah Casey, well-known Entrepreneur and member of the TV show “Dragon’s Den” gladly sit on a panel at Leitrim’s Women in Business enterprise day hosted by Orla Casey. 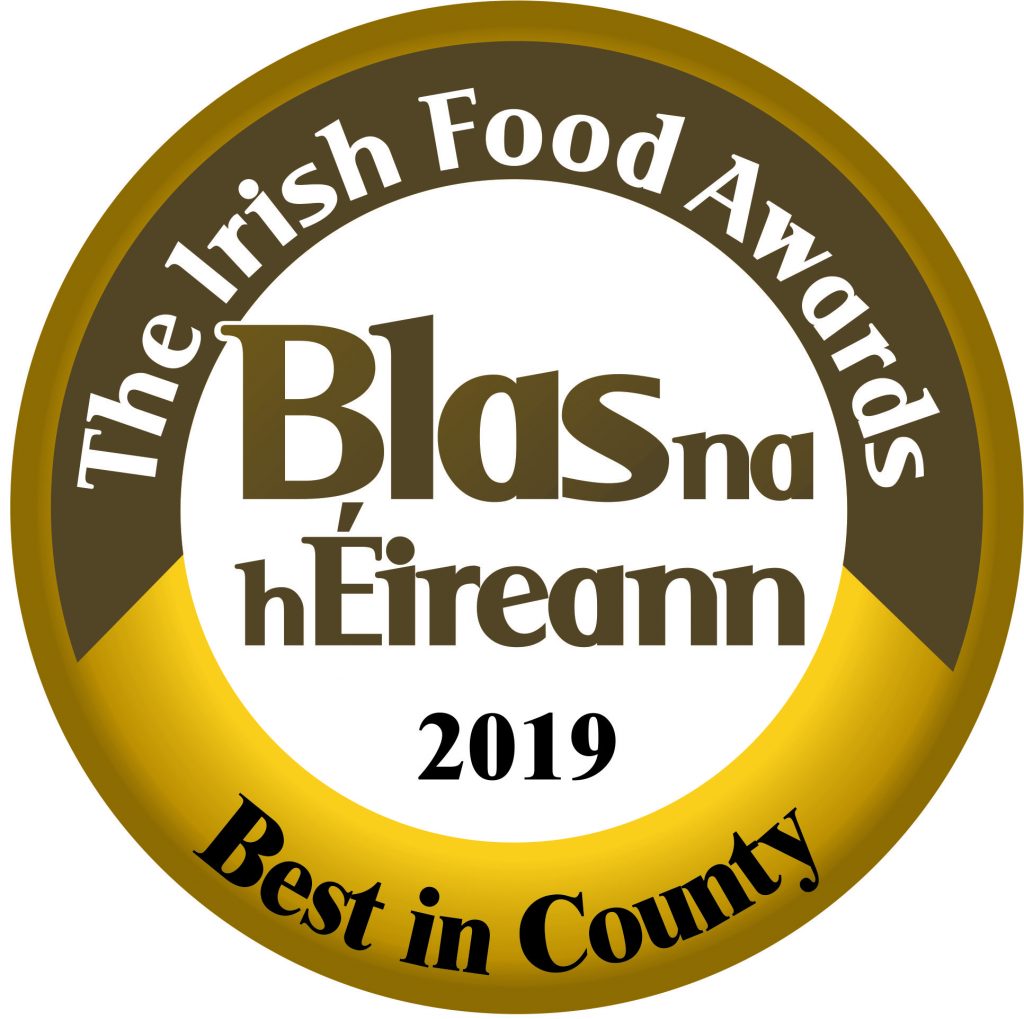